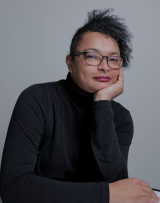 As a passionate and constant voice of Television Production, I am involved in both the media/entertainment industry and independent horror films. Graduating from Savannah College of Art and Design, after studying video and multimedia, made me jump into this field, where I collected sustainable skills and growth in Producing and Production Coordination. In that regard, I am driven and happy to currently produce a travel destination series called “Hidden Gems”, on DCE NETWORK, streaming on ROKU, Amazon Fire TV, and Apple TV. The series highlights unknown locations to tourists in the Nation's Capital. Looking back on my 20+ years of career experience, I interned with CNN in 2001 and 2002, while shadowing producers, who enriched my creativity and trained me to be punctual and capable of project development. Following this, I landed a position as a log coordinator with Turner Network Television in the television programming division. At the same time, I worked as a Production Assistant on the set of Turner Classic Movies. Such undertaking inspired me to write and produce my TV Show for Cable Television where I grew professionally even more by managing a production crew and hiring a TV host. I had the opportunity of a lifetime to land a job as a voice Talent with NHK English Radio, a leading Japanese radio and TV station, when moving to Tokyo (in November 2004) to become an ESL Instructor. Again, in Tokyo, I started my own production company called “Movie Mad Entertainment LLC”, which has produced short films and a TV series that showcased artists residing in Japan. My projects have been selected and screened at the New York Independent Film Festival, The Pumelo International Film Festival, The Urban MediaMakers Film Festival, and The Tokyo Design Festa. I also worked as a production coordinator for Star Alliance’s, “A Meeting of Minds” (NBC Universal Europe). Upon my return to the United States, I continued to work in production on a mini-series that deals with a prevalent issue, Battered Woman Syndrome.

In 2016, I moved to Washington D.C., where I continued to work in production. Proudly mentioning here my short film "Mr. Big Shot", which won the best film and the best sound for the "Make a Movie in a Month" competition. The film was also the official selection screened at the Wheaton Film Festival. In 2018, I was an Associate Producer for a children’s program called “Lil’ Bruce Gamer”, which showcases the latest video games for game enthusiasts.

I am currently producing a tourist destination mini series for OCTFME (Office of Cable Television, Film, Music and Entertainment) The series highlights hidden treasures that most people don't know about in the Washington D.C. area.